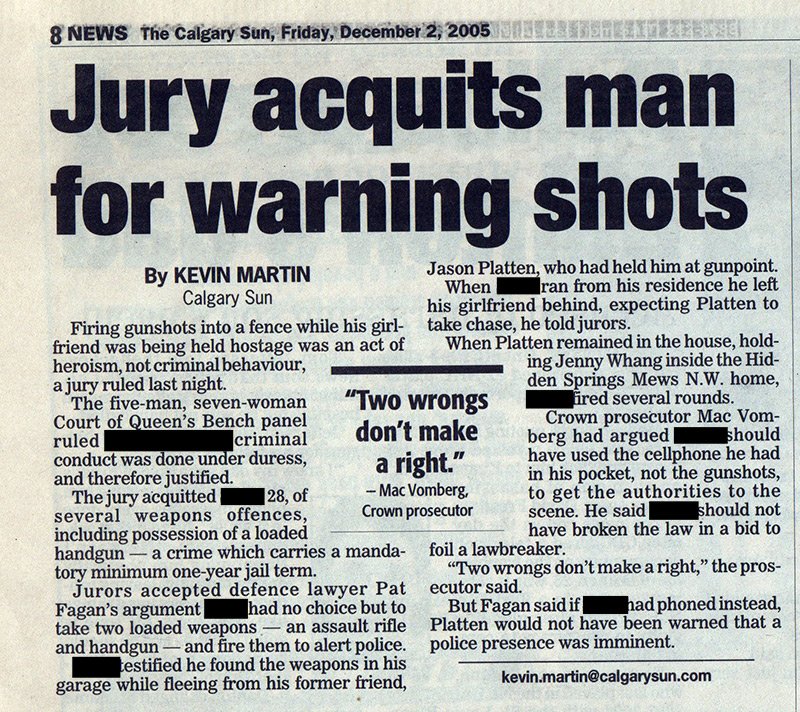 Firing gunshots into a fence while his girlfriend was being held hostage was an act of heroism, not criminal behavior, a jury ruled last night.

The five-man seven-woman Court of Queen’s Bench panel ruled the accused’s criminal conduct was done under duress, and therefore justified.

The jury acquitted the accused, 28, of several weapons offences, including possession of a loaded handgun – a crime which carries a mandatory minimum of one-year jail term.

Jurors accepted defence lawyer Pat Fagan’s argument the accused had no choice but to take two loaded weapons – an assault rifle and handgun – fire them to alert police.

The accused testified he found the weapons in his garage while fleeing from his former friend Jason Platten, who had held him at gunpoint.

When the accused ran from his residence he left his girlfriend behind, expecting Platten to take chase, he told jurors.

But Fagan said if the accused had phone instead, Platten would not have been warned that a police presence was imminent.